This was the 3rd release party of Fedora 21 in which i took part. Thanks to Praveen Kumar for initiating this release party. Unfortunately he was away for some personnel work but Rupali came up to help with the organization.

Planned agenda for this meet in quick time with team. We were expecting major chunk of audience from MIT COE itself. Later took permission from MIT COE and decided to open up this for community and started spreading message around.

Shatadru designed nice FLYERS for this release party from the artwork available from Fedora artwork team. 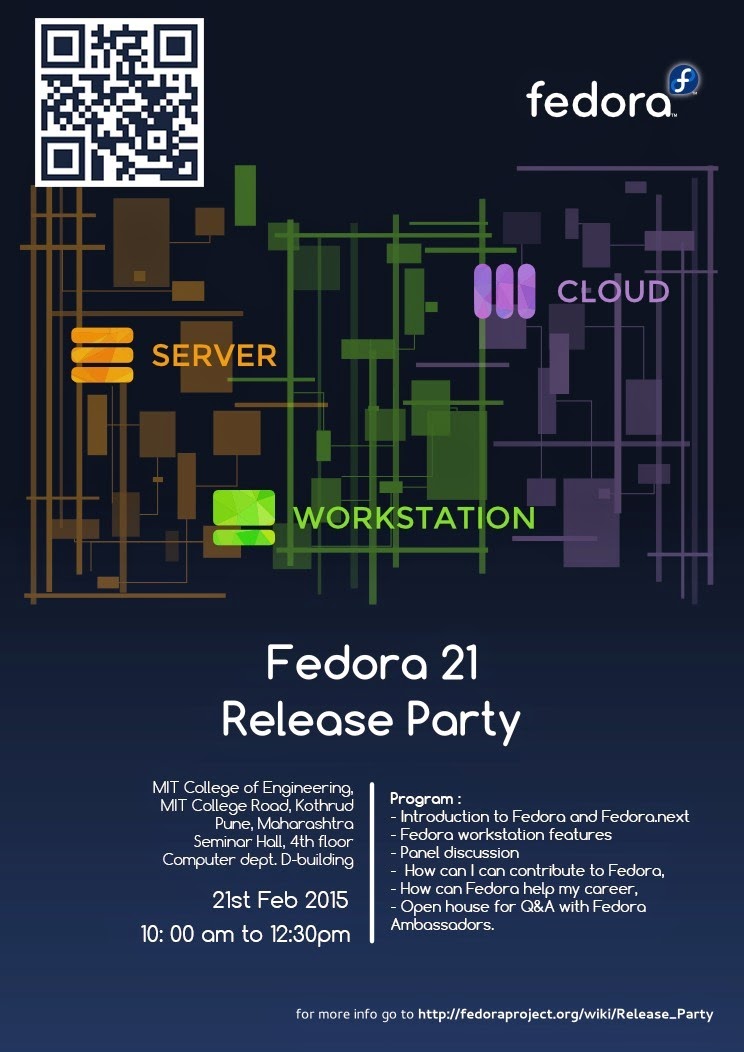 MIT COE is bit far for most of the people staying around Magarpatta city, still we managed to be there in time. Mine talk was first at 10:30 reached there at sharp 10:25 :)

There was one more reason behind this release party was to do preparation for FUDCon happening in 26-28 Jun 2015. See the facility talk with professors, discuss with students educate them on Fedora and clear the doubts.

Me impressed lot with MIT COE campus and it is really live campus. On F21 release party there was already couple of events were going on, students were really busy managing and participating into it. We saw there one stall specifically for Linux quiz.

Due to these other event initially we got very few audience for release party. So we started bit late around 11pm. Later few more students joined. Overall i am happy with the audience since they were few but all were truly interested in event.

There was 3 talks were planned Mine (introduction), Anish (Workstation) and Parag (How to contribute to Fedora) and Later panel discussions.

During my talk i asked everyone to introduce themselves and inform what they are expecting. There were interesting topics those came up.
Since we were planning for Panel discussion, we thought that will be good time to answer most of the questions.

I did my talk well in time, slides of talk available At slideshare [1] 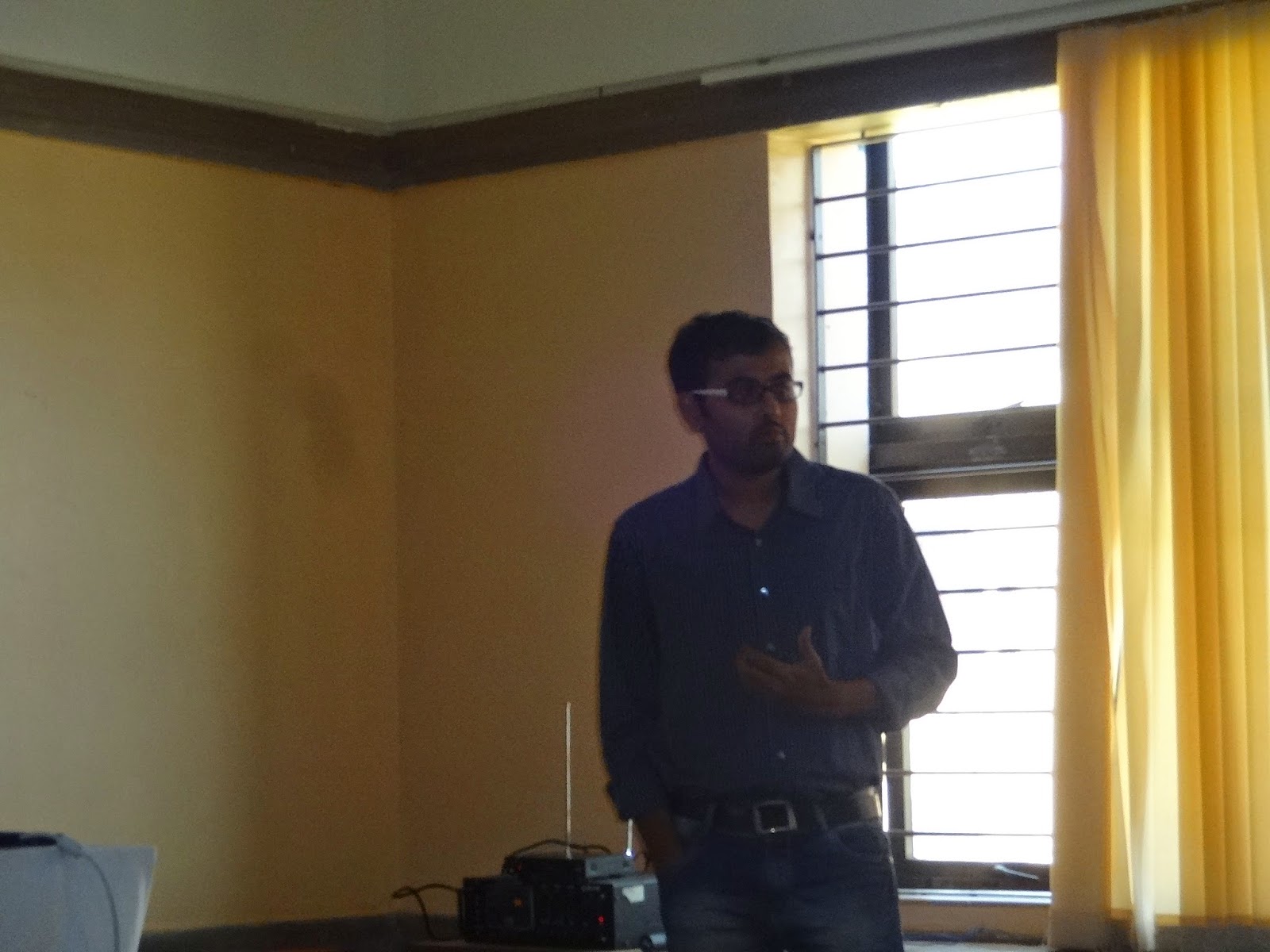 Then Parag talked on How to contribute into Fedora, he explained lots of area's where one can get involved. 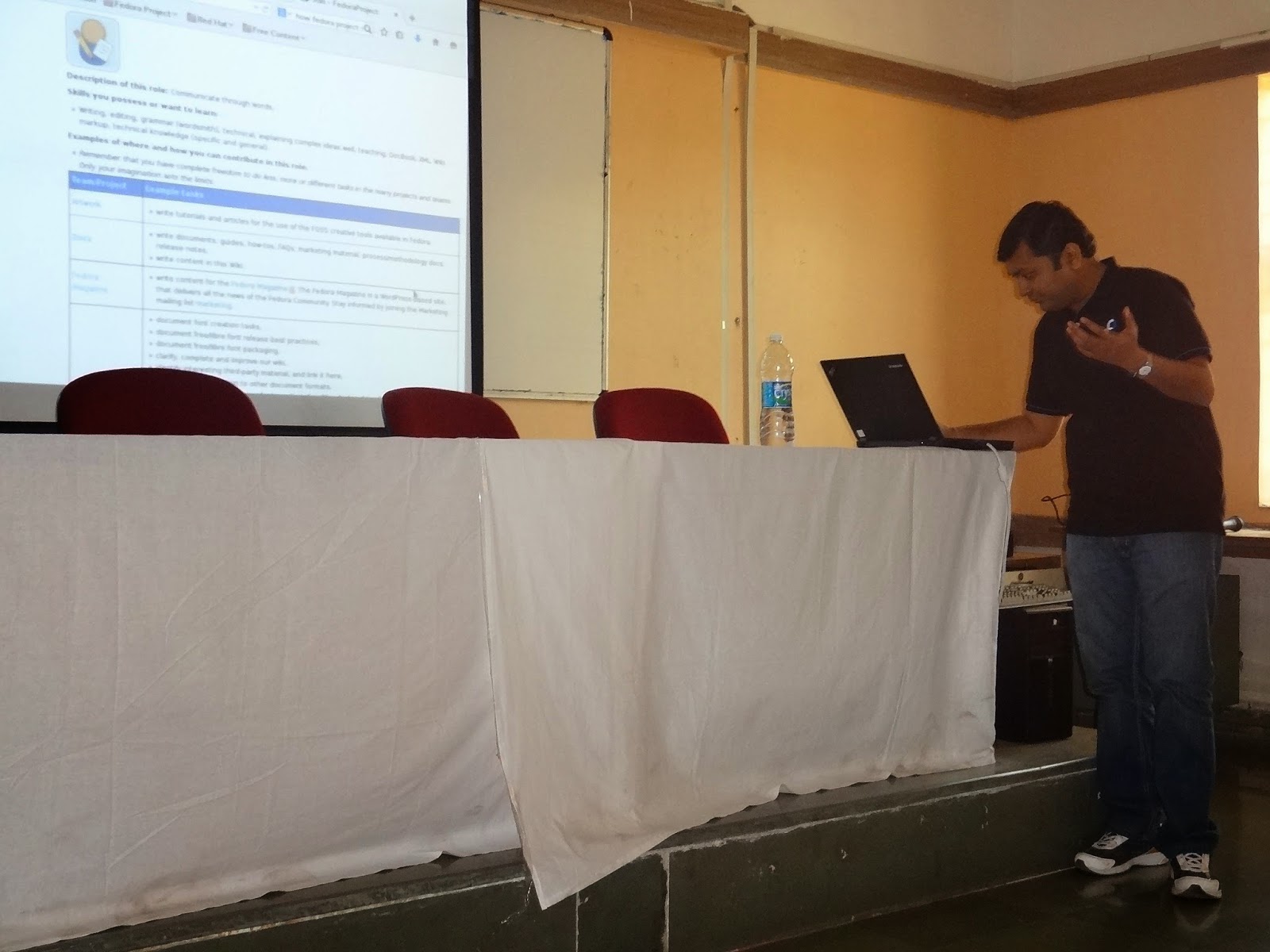 At the end of Parag's talk we made transition from Talk to Panel with Amit and Siddhesh took the lead and later everyone contributed including me, Niranjan, Parag, Rupali and Anish. Panel discussion was awesome and Amit and Siddhesh kept on talking for long and discussed on number of topics. Then we understood that we can keep on talking on Fedora for whole day without break ;) 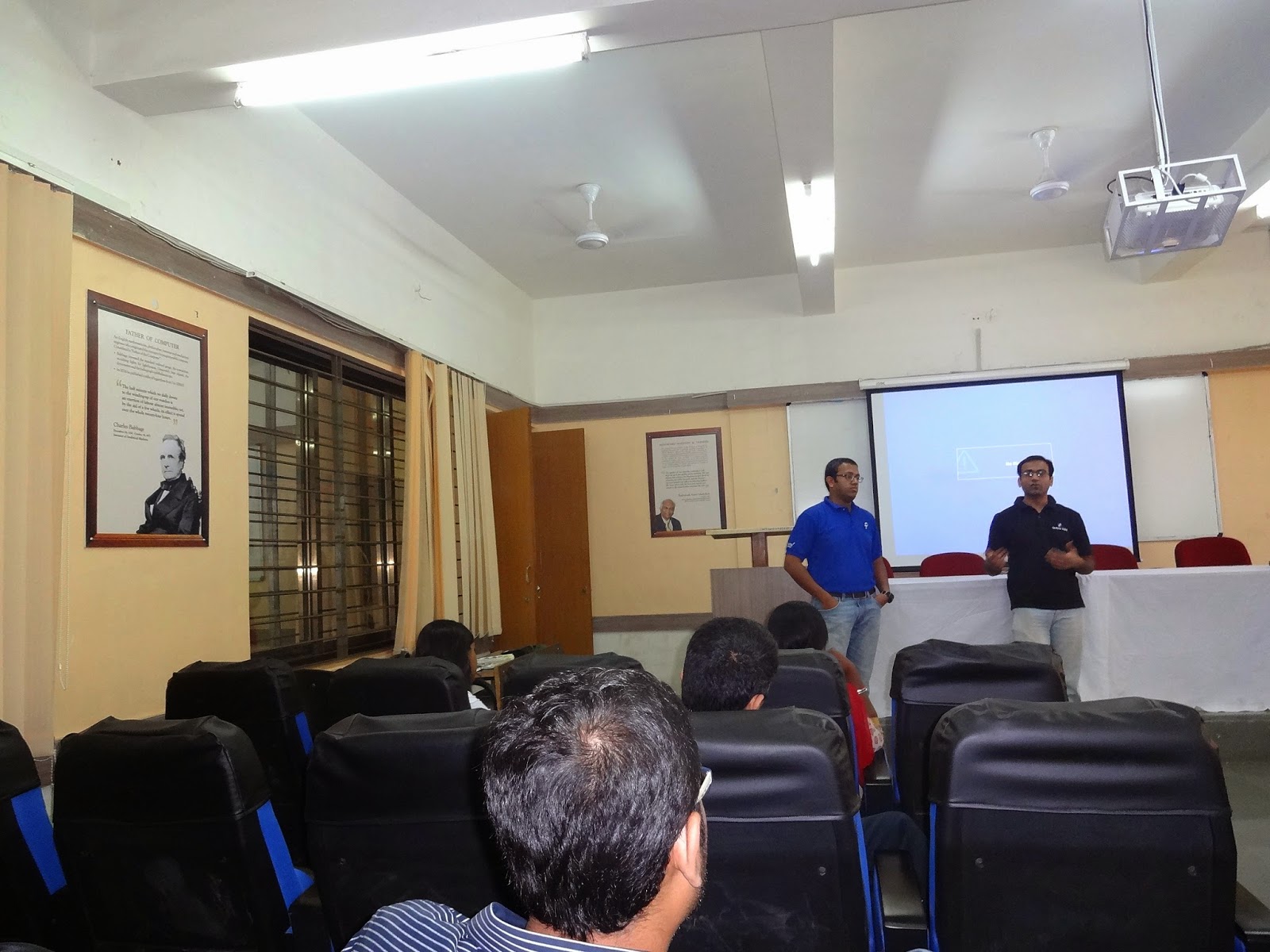 Decided to conclude in panel discussion and start actual celebration with cake cutting. Cake arrived on time with Samosa snacks and TEA :) 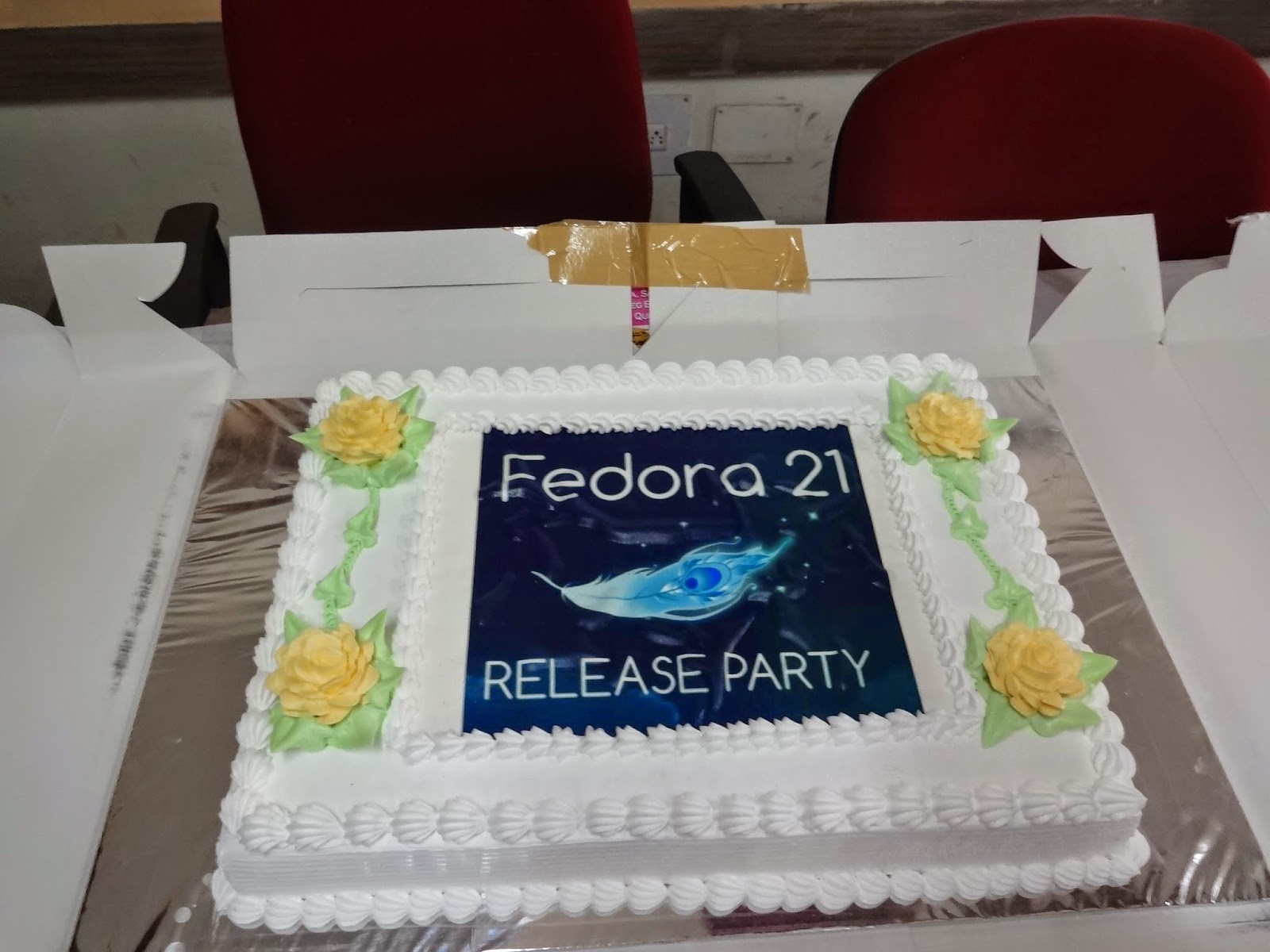 We decided to do few more events like Workshop in MIT before the FUDCon 2015. Had meeting with MIT COE principle for FUDCon planning which only some of us attended. 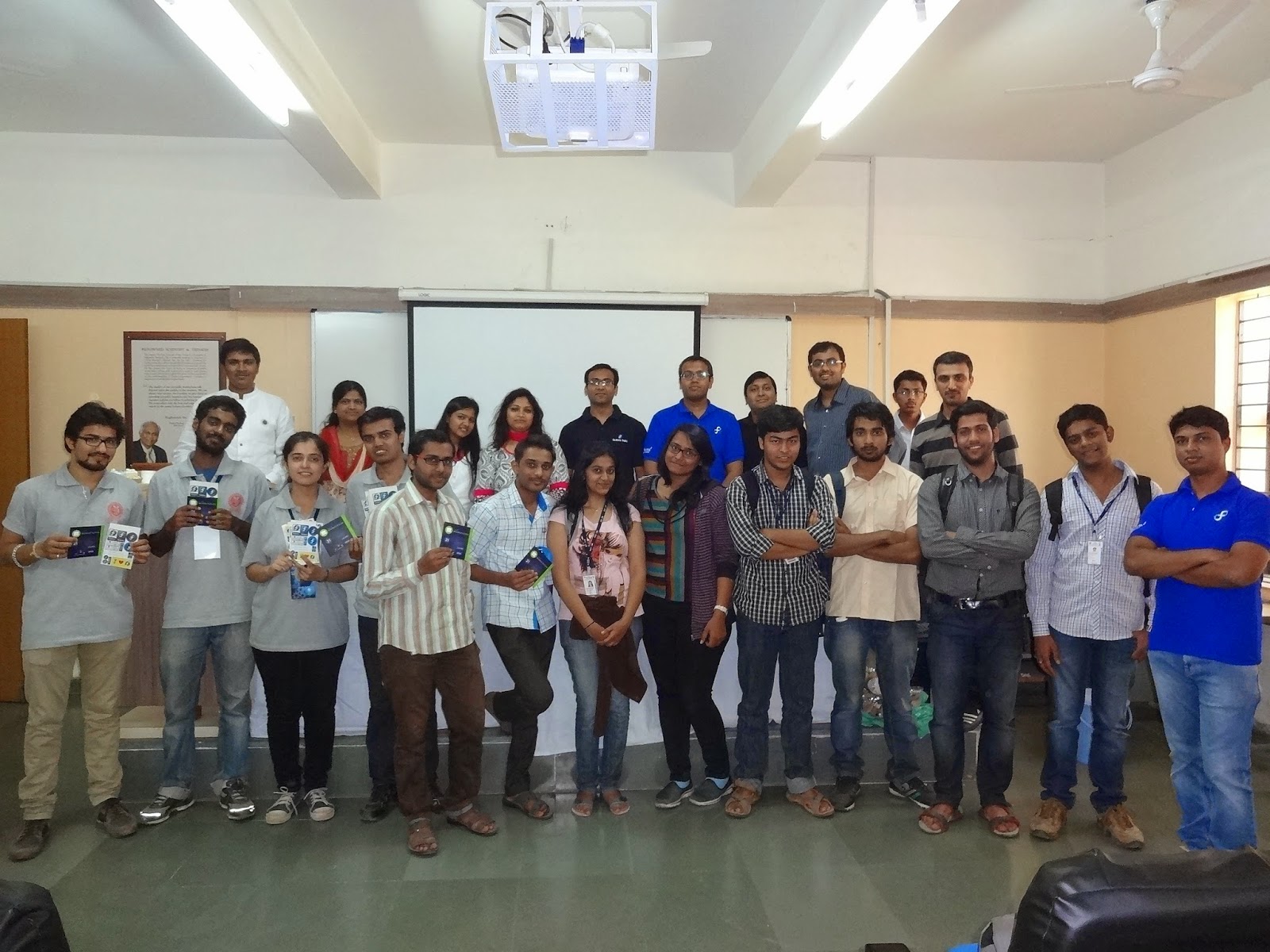 Thought its already big blog,i might have missed few things and few names, so feel free to add them in comments :)

Thanks for nice sharing!
http://www.heatedthrowblanketbuy.com