FUDCon APAC 2015 - my experience as an organizing team member

I was part of FUDCon APAC 2011 but it was just as a speaker and attendee. After attending flock 2014 and talking with Tuan found that things are not very good from Ambassador perspective, not many people are active in India. Decided to become an ambassador and help to make it better. During same time more Fedora India members stepped up as an Ambassador in India and it created good active group of Ambassador in India :)

We started with couple of meeting before placing the Bid. Later won the bid for FUDCon and then the process started.

I volunteered myself for coordinating marketing and outreach activity. [1][2] Its 6 month long activity. We had so many meetings. Few planned, few unplanned. Tried everything that was possible from my side to make it successful. Even we had BoF at FOSSASIA 2015 as well to discuss on FUDCon stuff.

Learning's for me
1. Worked with lots of peoples. Its really great to see how people come ahead with passion for doing something for Fedora.
2. Learned smaller things to make event successful from marketing perspective.
3. Content and designing is very important to make event successful. We got good help for it. Need to involve people as early as possible for review stuff.
4. Timing is key. !!
5. Best thing in FOSS world is opportunities never wait for anyone. If one is unavailable someone else naturally takes lead.

Positive points from FUDCon APAC 2015
1. Major event of Fedora happened in India after 2011. Not any estimates yet on how many people attended the event but word has reached almost everywhere through social media, emails.
2. Attendees understood we have good Fedora developer community in India.
3. We covered lots of trending technologies in event.
4. Education panel was helpful. Education dept's knows about FOSS stuff but there is no connection between FOSS community and Education department. Red Hat through Fedora community can definitely help here to build this connect.
5. Most of the active contributors from Fedora were present and we had good meeting like one Ambassador BoF.
6. Its good that attendees and even organizers felt that we missed "xyz" things. It actually give more motivation to make it further better next time. :)

Going forward
1. Momentum is already there, now need to use it for more activities.
2. Now onward need to grow Fedora community through smaller events, mostly dedicated and targeted for specific audience.
3. Would like to see more "do" people rather than "talk" people.

It was good to meet many friends from different places. Ashutosh and team from Aurangabad, CDAC guys from Mumbai (Kharghar, Andheri). Surprised to see Sneha at FUDCon. :) Few students from Nashik.  Sumit Bhardwaj who took off from Office to attend FUDCon. :)  And i know there are many who just came to learn more about Fedora, so cheers for all. 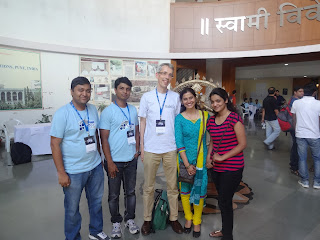 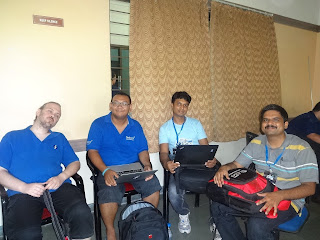 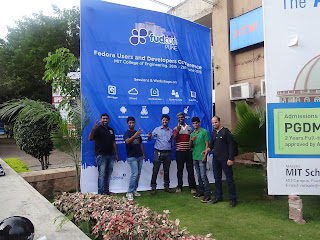 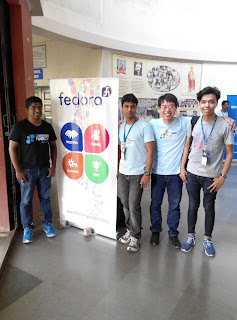 It was great meeting you as well Pravin :) Felt great to see that Fedora is not just a distro, but a community of like minded people willing to help each other and create new things collectively.

Would look forward to attending more such events and contribute as well, wherever possible.